How it all began

The idea of the Hear Me Roar! Project came about when a Lion member came across a blog written by a woman undergoing chemotherapy treatments. She wrote about what she was going through, the support she received and items she was given that were useful or made her smile. She also wrote about items that weren’t too helpful (but it was the thought that counted).

This Lion has known several people who have fought through various illnesses, supporting them through the ups and downs of their illness and treatments. There are so many South Australians who do not have a big support network, if one at all, so this Lion started researching what she could do to help in any way, even just to make patients smile.

The original idea was to gather both useful items and items that would make people smile, pack them into care packs and deliver them. But the idea grew after coming across useful items and projects online from around the world.

The project quickly grew to include multi-purpose cushions that are bright and happy, and are there to help provide a bit of comfort to patients, whether they are undergoing a particular treatment like chemotherapy, or just need something to help make them more comfortable. Port Pillows also became part of the project after reading about, and talking to, patients who find it difficult and/or painful wearing a seat belt.

The project idea was presented to friends and fellow Lions at the Lions Club of the City of Adelaide. The project was accepted by members and the club … and the Hear Me Roar! Project was officially born and became a Club Signature Project in early 2016. The project has grown and continues to do so.

This project is fully funded and supported by the Lions Club of the City of Adelaide. There is no cost to hospitals, patients or their families.

The project has since expanded to provide support to disadvantaged and vulnerable youth, as well as encouraging and supporting youth literacy across South Australia.

The Hear Me Roar! Project is all about making people smile, feel appreciated, supported and encouraged. Helping others find strength and courage to roar like a Lion!

The Hear Me Roar! Project has been making a difference in the community since 2016

We are proud to support 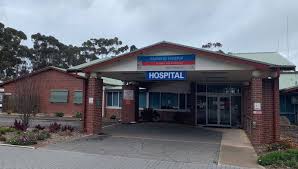